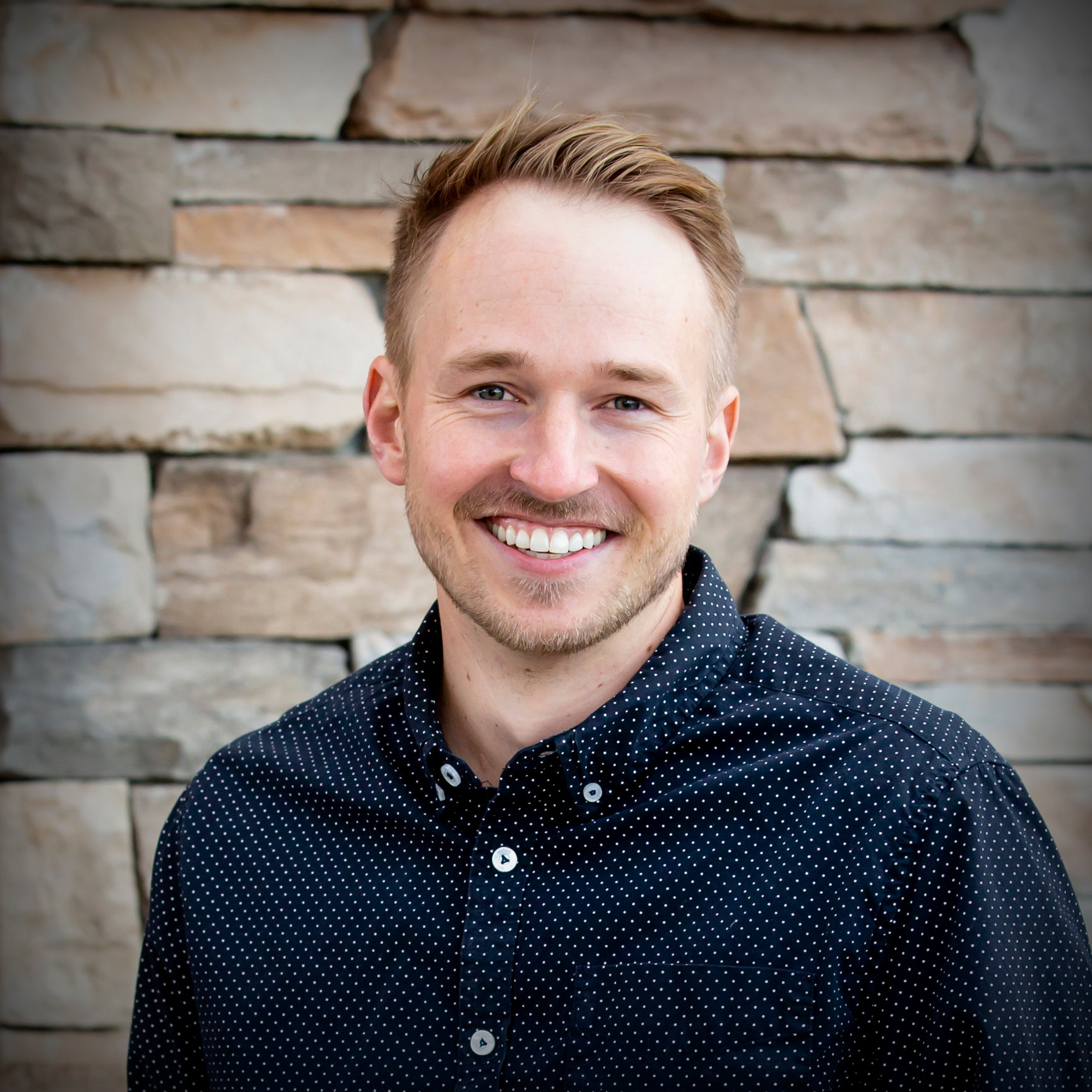 Dr Cooley graduated from Brigham Young University- Idaho with a bachelor’s in Biology and Neuroscience. He received his DMD at UNLV School of Medicine in Las Vegas, Nevada. The Cooley family reunions are chalked full of dazzling smiles considering his father is an orthodontist, his sister practices general dentistry and both of his grandpas were dentists.

Dr Cooley grew up in Redding, California where he enjoyed over 300 days of sunshine a year and took advantage of each one. His excitement for the outdoors has inspired him from a young age to master mountain biking as a teenager and rock climbing while living in Las Vegas. Moving to Boise has only increased his repertoire of adventure, most recently he’s begun surfing the Boise River. Who would have thought that this Californian spends more time on a surfboard before starting his workday here in Meridian, than he ever did on the coastline?

While attending school in Eastern Idaho Dr Cooley met his wife, Laurel who introduced him to her hometown of Boise. They knew this was where they wanted to raise their family together. Their son Ashton is two years old and has a delightful infatuation with riding lawn mowers, he can hardly contain himself when someone is cutting the lawn! The Cooley crew of three also love spending their time paddle boarding and anything else that gets them out on the water.

Dr Cooley wants your dental care to help you! His attention to medical history, lifestyle needs, and personal preferences contributes to solutions that work. Above all else, he says he loves what he does because he enjoys helping people.

Find us on the map

The Importance of Preventive Care: Maintaining Good Oral Health Preventative dental care is a significant part of overall dental health, but it's often an afterthought. Our dedicated dentist sees many patients who don’t keep up with consistent preventative oral care and then must fix the problems ...

Invisalign's® invisible, removable, and comfortable aligners will give you the beautiful straight teeth you've always wanted. And best of all, no one can tell you're wearing them. Invisalign® is great for adults and teenagers. What is Invisalign®? Invisalign® is the invisible way to straighten your ...

Teeth that are badly stained, shaped or crooked may be improved by a veneer placed on the surface of the affected teeth. Veneers are thin pieces of porcelain or plastic cemented over the front of your teeth to change their color or shape. Veneers are used on teeth with uneven surfaces or are chipped, ...

Frequently asked questions: dental fillings Are dental amalgams safe? Is it possible to have an allergic reaction to amalgam? Is it true that dental amalgams have been banned in other countries? Is there a filling material that matches tooth color? If my tooth doesn't hurt and my filling is still in ...

Pain can occur in any number of places in your mouth: teeth, gums, roots, the palate, tongue and jaw. Cavities are a common culprit causing pain. Untreated cavities can impact nerves because of infections of the tooth and gums. Impacted and abscessed teeth and sore jaws from teeth grinding are other ...

Your Rights and Responsibilities as a Patient

Sealants are liquid coatings that harden on the chewing surfaces of teeth and are showing a great deal of effectiveness in preventing cavities—even on teeth where decay has begun. The pits and grooves of your teeth are prime areas for opportunistic decay. Even regular brushing sometimes misses these ...

Some dental procedures, such as tooth extractions and oral surgery, may call for our office to prescribe medications before or after a procedure. These medications are used to prevent or fight an infection, or to relieve any post-operative discomfort and pain. For these reasons, it is extremely important ...

Your first dental visit promises to be a pleasant experience. Making sound decisions about your dental care and oral health is an easy thing to do with the right preparation beforehand: Make a list of questions to ask our office, so you don't forget anything on the day of your appointment. This ...

Simple toothaches can often be relieved by rinsing the mouth to clear it of debris and other matter. Sometimes, a toothache can be caused or aggravated by a piece of debris lodged between the tooth and another tooth. Avoid placing an aspirin between your tooth and gum to relieve pain, because the dissolving ...